I wrote a recent post about a visualization of the rate at which Wal-Mart and Target stores have opened over the last several years.

Well, this is on a similar theme — bringing statistical information to life, visually.  Seattle photographer/artist Chris Jordan has an amazing series of works called “Running the Numbers: An American Self-Portrait.”  In it, he brings to life America’s consumption habits (among other things) in a way that really stops you cold.

This shot from the exhibition shows two million plastic beverage bottles — the amount used in the united states every five minutes. 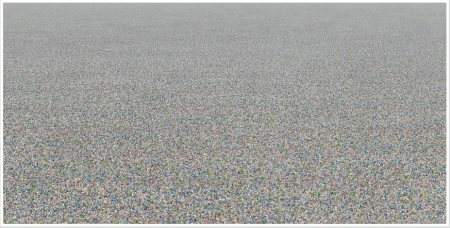 Can’t see the bottles?  Seriously, check out the images — including close-ups — at Chris Jordan’s site.